On Wednesday, 22nd of December, Angola National Day was celebrated at the Expo 2020 Dubai, in attendance were esteemed dignitaries from Angola and also top officials of the United Arab Emirate.

The Executive Director, Commission General’s office, Expo 2020 Dubai, Mr Najeeb Mohammed Al Ali gave his opening remarks and mentioned that the government of the UAE believes that Expo 2020 would serve as an opportunity for different nations across the world to collaborate and strengthen ties.

The Angola pavilion sheds light on how the country is seeking to achieve development through its focus on education, employment, financial capital and governance.

The President of the Republic of Angola, His Excellency Joao Manuel Lourenco gave a speech emphasising the massive opportunities that come with participating in World Expos. He said “building our future, the development and well-being of our country asks us to preserve the environment in a way that we can contribute to the sustainability of our planet. The city of Dubai is an example of the coexisting existence of the past and the future, the traditional and the modern, always focusing on sustainable development”.

The day's festivities included a cultural performance that fused together music, traditional dance and classical equipment of the people of Angola. Showcasing, enlightening and also entertaining the audience at Al Wasl plaza.

Angola’s pavilion is found at the Mobility District, standing as a tribute to indigenous tradition and a future of innovation. Visitors are promised to leave the pavilion having been inspired by Sona geometry, an ancient art of sand drawings that was used to transfer knowledge for generations. Revisit traditional wisdom in innovative ways to rethink local and global problems.

END_OF_DOCUMENT_TOKEN_TO_BE_REPLACED 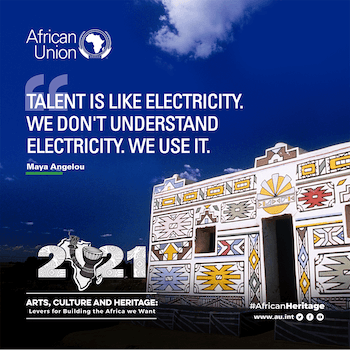